← more from
5049 Records
Get fresh music recommendations delivered to your inbox every Friday.
We've updated our Terms of Use. You can review the changes here. 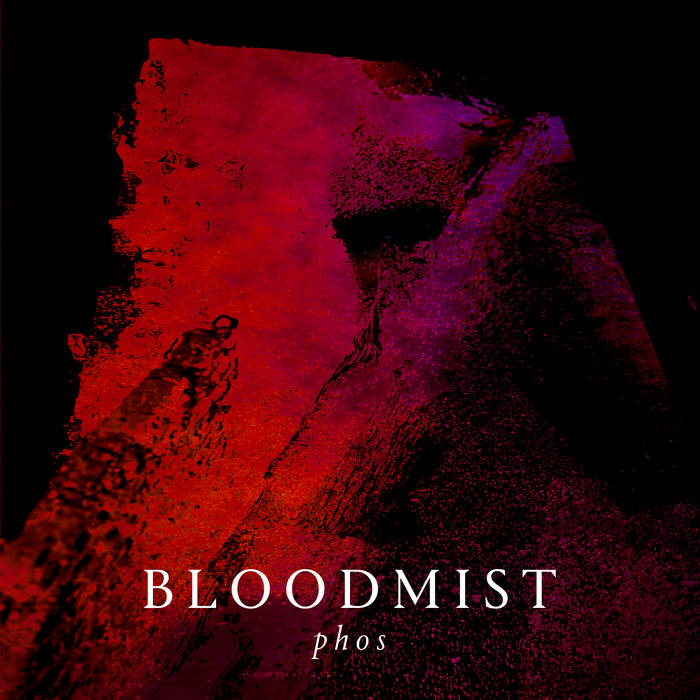 Lars Gotrich Painkiller, but make it John Carpenter. As if to score an alternate, dark-ambient soundtrack to Nicolas Cage's unhinged performance in Mandy, three-dimensional sound hangs in the air like a stupidly oversized chainsaw, its impact felt in excruciating slow motion. Favorite track: Corpuscular Refraction.

Cosmographer This is my favorite Bloodmist release so far. Here they nailed a stronger sense of narrative - granted, you’re alone and afraid and something truly terrible awaits you. I love Toby’s use of the electric bass and, to my ears, this record is more rhythmically interesting than previous efforts.

Jeremiah Cymerman has carved a world with his distinctly all-too-human suffocation-aesthetics, and MDL has gone beyond Earth with his expansive sonic palette. Together they make Bloodmist a unique venture. Favorite track: Empathic Predatory Biome.

Bloodmist is Jeremiah Cymerman (clarinet, electronics), Toby Driver (electric bass), and Mario Diaz de Leon (synth and drum machine). As individual artists, Cymerman is widely known as an improviser, record producer, and experimental music evangelist through his 5049 Records Podcast, Driver is celebrated as a solo artist and as the longtime mastermind of the endlessly eclectic band Kayo Dot, while Diaz de Leon has been recognized for his bold style of electroacoustic chamber music. Since their inception in 2011, they have been steadily forging a singular and enigmatic approach to free improvisation, drawing from the realms of dark ambient, noise, and extreme metal to craft surreal explorations of otherworldly sound.

Following the release of their acclaimed debut Sheen in 2016, the group’s approach and instrumentation evolved, with Diaz de Leon abandoning the electric guitar entirely for a boutique touch-controlled synthesizer (the Tetrazzi by Ciat-Lonbarde), as well as a drum machine, providing a polyrhythmic anchor to the timbral explorations of the group. Phos was recorded during a single session in November of 2017, at NYC’s East Side Sound with engineer and longtime collaborator Marc Urselli (John Zorn, Laurie Anderson, Mike Patton). The group’s performance explored linkages between the energetic intimacy of a freely improvised trio, alongside the outer reaches of dub and the expansive saturation of dark ambient music. Cymerman edited the raw sessions into five distinctive songs, adding subtle overdubs using his own arsenal of analog synthesizers. These were then returned to Urselli for mixing, who maximized the sonic impact by revealing vivid nuances of timbre and dynamics, and enhancing low frequency weight. The resulting album evokes a sublime sense of foreground and background, evoking glacial expansiveness and saturated overload in equal measure.

The cover photography of Phos was executed by Driver, and illuminates the album’s sound through vivid evocations of otherworldly monoliths and shimmering geological forms. Individual track titles draw inspiration from the film Annihilation, in tribute to its depiction of a quarantined arboreal zone of mutating plants and animals, inhabited by an unseen alien presence.

Artwork and Layout by Toby Driver

Bandcamp Daily  your guide to the world of Bandcamp

sndtrak stops by with an Album of the Day Feature of his most recent release, FLIPS V1: Triple Lindy